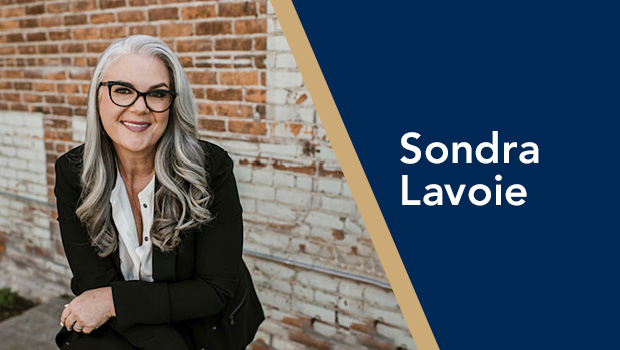 “Leaders in any profession must learn to be vulnerable,” said safety professional, Sondra Lavoie.

Prior to living out these words, Lavoie spent years watching as others in her profession reached new heights in their career. It was something she craved. However, the fear of failure accompanied by feelings of shame because of a learning disability stood in between her desired life of balanced service to her family and job. The real kickoff to her success was not the decision to simply go back to college, but the choice to be honest with others about her diagnosis.

“As a wife, mother and safety professional I asked myself, what do I need to do to create this life of service and balance,” Lavoie said. “After graduating high school, I had attended a few junior colleges, but never found the motivation or the feeling like this is right for me. Fast forward two decades, marriage and a child later, I found myself lost.”

Lavoie knew in her heart that she could do more in her profession if she had a degree in occupational safety and health. She also knew the traditional college route was not the best option for her.

“The decision to go back to school really was a family affair because I had a healthy fear of what was going to be expected of me,” she said. “Going to Columbia Southern University had not been my first attempt at going to college, and going back now, the stakes where a bit higher since I was older with a family.”

Lavoie had concerns about the commitment she was making to go back to school. In the end, it was her vulnerability that changed her outlook and began putting all those fears to rest.

As a young woman, Lavoie admitted she felt shame when sharing her learning disability with others. Along with most young adults with dyslexia, there were not many social or educational tools to help navigate her disability.

“Often when interviewing for jobs, I would never mention my disability to a potential employer. I can remember having an intense fear of sending a simple email because my lack of understanding basic grammar,” she said. “I would feel an intense shame for poor use of the English language, spelling and grammar mistakes that people would point out. Early in my safety career, I would tell teammates or employers that I had dyslexia. They would tell me that I didn’t act as if I did, making it as if I was supposed to have acted a certain way outwardly with dyslexia. This frustrated me that I was allowing people to define my learning disability. At that point, I became more vocal with advocating for assistance and tools as an adult with dyslexia.”

Lavoie, who now holds a bachelor’s degree in occupational safety and health, says graduating from CSU was the catalyst to countless opportunities, achievements and milestones in her life.

“Allowing myself to use the tools of being open and vulnerable with people and having self-advocacy has really allowed me to prove that I can accomplish goals I would have never fathomed as child or young adult,” she said.

Since graduating, Lavoie was able to continue to expand on her degree with designations from the Board of Certified Safety Professionals by obtaining the CHST, ASP and CSP certifications. She is also the first woman to win the Construction Health and Safety Technician award and the first two-time winner for the Award of Excellence.

“To encourage students, I would say be honest with what you need to be successful,” she said. “At CSU they truly valued me as a mom, a wife and a safety professional that had legitimate fears and concerns about the commitment I was going to make for my family and myself. Be vulnerable, be honest and advocate for your future and I promise you will not regret becoming a CSU Knight.” 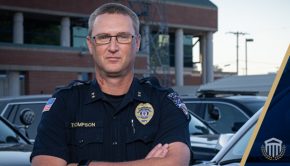 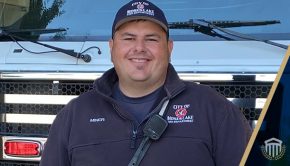 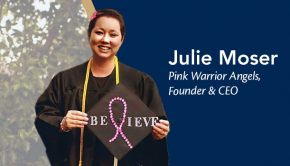 Tiny Url for this post: https://tinyurl.com/2qy7h6ab
Back to Top ↑